Hay Fever is a major and growing health issue. It affects roughly 40% of Australians (including me, damnit). It’s medical name is ‘Allergic Rhinitis’, with Hay Fever being a common name that we’ve inherited from Britain. Allergic rhinitis is a persistent, sometimes chronic condition and while there are treatments for the symptoms; there is not yet a cure.

Hay fever rates are on the rise around the world, particularly in developing countries. A popular theory amongst allergy researchers is that this rise in the incidence of allergic rhinitis is the result of changes to our environment interacting with our genetic background. 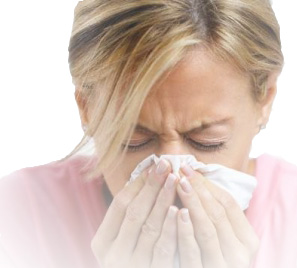 40% of Australians Get Hay Fever.

Changes to our environment thought to contribute to increasing rates of hay fever include:

The World Health Organisation ranks allergy as fourth out of common and chronic global diseases. It is estimated that 25% of the world’s population are affected by respiratory allergies. If you’re reading this then you, or someone close to you, are probably one of those unlucky 1 in 4. Antipodeans are big sufferers; Australia, along with NZ, have amongst the highest rates of allergic disorders in the world overall.

It’s often not just a runny nose; allergic rhinitis carries an increased risk of asthma attacks. Three times the people with hay fever have asthma when compared to the whole population. I had asthma as a child but grew out of it towards the end of primary school. Over 80% of asthmatics also have hay fever.

Australians Have High Rates of Allergy and Hay Fever because:

Hay fever is a problem that is not going away anytime soon for Australians. Eczema and hayfever have approximately doubled in Australia and New Zealand in the last 15 years.

Prescott S., The Allergy Epidemic: A Mystery of Modern Life. 2011.

Mullins RJ, et al. The economic impact of allergic disease in Australia: not to be sneezed at.

Powered by WordPress Designed by